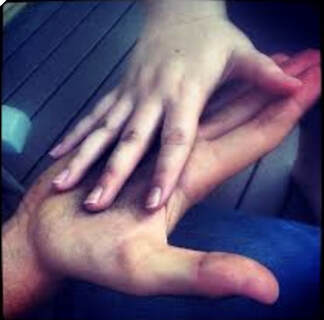 Don’t be afraid to ask for help

​​Lately, there have been a few people in my life who have suffered physical trauma or emotional pain and didn’t let on until they’d been suffering quite a while. When I asked, “Why didn’t you let me know?” they gave the exact same response: “I didn’t want to bother you.” This would be followed by an exasperated exhalation on my part and a real or virtual hug.
I used to be like that, not wanting to bother people with my problems. Then my husband contracted flesh-eating bacteria during a beach vacation in 2008 and almost lost part of a leg. All help extended was gratefully accepted: from airport personnel while getting him home to Los Angeles, from friends who sat with me into the night when he had surgery, from neighbors offering dog walks. When Spencer’s arrival home from the hospital coincided with the beginning of the High Holidays and I had to be at the temple when I was cantor, I reached out. Because almost all our friends were not only Jews but shulgoing Jews, I got my parents to drive out from Arizona to hang with Spencer over Rosh Hashanah. For erev Yom Kippur, Spencer’s best bud overcame all his phobias (illness, caretaking, neediness) to spend the evening in our condo, and the next day an Orange County pal gave up temple to stay for like ten hours. When I got home that night to break the fast, she greeted me with a plate of warm brisket. From then on, I made two promises: I would give help when asked, and I would ask for help as needed.
So many people can’t do the latter. Has it been ever thus, that a high proportion of folks think it unseemly to ask for as little as a shoulder to cry on (while a smaller number not only need but demand rescue on a regular basis)? Is the unwillingness to reach out for support exacerbated in some way by the 24-hour news cycle and social media; do we see footage of wildfires and mass murders and Aleppo and decide our problems don’t matter? Has asking for help become institutionalized? (“Please send healing prayers on behalf of Ploni ben Ploni…” “Please sign up for the temple’s Bikur Cholim committee.” “Don’t worry, my insurance will handle it.”) Will the next generation, with its members’ reported reluctance to engage in face-to-face conversation, be able to give hugs, let alone receive them?
Most of us, as we grew up, were exposed to the John Donne poem that begins, “No man is an island, entire of itself,” and the West African proverb “It takes a village to raise a child.” Both are wise sayings and should be taken to heart, but they don’t go far enough to encourage us to reach out to others when we’re in need. Accordingly, I invite you to turn to the words of that noted young philosopher Demi Lovato, who said, “The best advice I can give to anyone going through a rough patch is to never be afraid to ask for help.” (Thank you, Google and goodreads.com.) You don’t have to have gone through drug addiction and rehab to take that advice, either. Take it whenever you need a hot meal, a word of praise, a bear hug. If you run out of people to bother, by all means bother me

Remember Mr. Ed, the talking horse of the early 60s sitcom? I think of him every year when Parshat Balak (Numbers 22:2-25:9) rolls around, as it does this week. The chumash Etz Hayim describes Balak as containing “what may be the only comic passage in the Torah,” albeit one with a serious message.
Balak is the name of the Moabite king who sends Balaam, a seer and diviner, to the Israelite horde crossing the desert with Moses in hopes that Balaam will curse the Israelites into weakness that will allow them to be conquered. Balaam (with misgivings, because he is aware of the power of the Israelite God), rides toward the camp on his donkey. But on the way, the donkey sees a messenger of God in their path and refuses to continue.
When Balaam won’t stop beating her, God gives the donkey the power of speech, and she calls out Balaam for his cruelty. Then Balaam sees the messenger and realizes that he had better let God call the shots from now on. He winds up blessing the Israelites rather than cursing them, in a speech that contains the well-known text Mah tovu ohalecha, Yaakov; mishk’notecha, Yisrael: How good are your tents, Jacob; your dwellings, Israel!
The story of Balaam contains a lot of supernatural elements: Balaam’s role as a diviner who can impose powerful curses and blessings; the apparition of God’s messenger before Balaam and his donkey; even Balaam’s subsequent assertion that he can do and say only what the Israelite God tells him to do and say. This got me to thinking (that’s right, my mind doesn’t work the way yours does) about some contemporaries of Mr. Ed whom I watched on TV as a child.
Television of the early-to-mid-60s presented, as it does now, dramas in the science fiction and fantasy vein, such as The Twilight Zone and The Outer Limits, but those years also featured several comedy shows in which humans learned life lessons from other-worldly sources. Samantha Stevens cleaned her house with a twitch of her nose and tried to get her tightly wrapped hubby to loosen up in Bewitched; in My Favorite Martian, a visitor from the Red Planet enriched a young man’s humdrum life; sexier-than-human women were the focus of My Living Doll and I Dream of Jeannie; and some poor sap had to listen to his dead mom, reincarnated as a 1928 Porter, nag him in My Mother, the Car. And, of course, there was Mr. Ed, whose goal was usually to influence Wilbur Post to make his life more comfortable.
What was it about the years 1961-1965, when these sitcoms premiered, that made American TV audiences want to laugh while watching characters who couldn’t exist in real life? Certainly those years, which brought us tense moments of the Cold War, the JFK assassination, violent clashes between white and black Americans, and the escalation of warfare in Vietnam, were fraught with anxiety. Some folks might have found a subliminal comfort in the idea, “Let the one who can work magic set things right.”
To religious believers, that One is God, but there’s a terrible danger in trusting God alone to fix what’s wrong with the universe. For one thing, God in Torah can be pretty capricious and on occasion has to be talked out of wiping out whole populations. Plus, much of the time, God’s intentions are carried out through human agency; for example, God doesn’t bless the Israelites in their camp; Balaam does. There, the outcome is benign, but what about the times when carrying out God’s will, or what is seen as God’s will, leads to mayhem and even mass murder? Throughout history, how many atrocities have been committed in God’s name?
Balak notwithstanding, I get nervous when I see people engaged in magical thinking: If I win the lottery, all my troubles will be over. If the right candidate gets elected, my nation will be transformed. Contemporary Jews can’t operate on the assumption that all will be well if God (or some other powerful entity) pulls the strings; we have the responsibility to act, of our own volition, in ways that reflect what God wants for the world. That, I think, is the path the talking donkey showed Balaam.